On 12 January this year, the 85th anniversary of Maestro Raimonds Pauls will be celebrated with a magnificent concert programme in Dzintari Concert Hall. Taking the restrictions regarding public events into account, it will only be possible to enjoy the concert remotely, and its broadcast will be provided by the technology company “Telia Latvija”.

Maestro Raimonds Pauls is an outstanding composer, who has made an invaluable contribution to the culture of Latvia, and the technology company “Telia Latvija” is honoured to be a part of this important event, providing a live broadcast of the anniversary concert, which will be available to any resident of Latvia.

The live broadcast of the concert will be available for viewing on the TV channel “ReTV” on Tuesday, 12 January, at 9:25 p.m. “ReTV” is one of the five free TV channels in Latvia, which can be received in 99.6% of the territory of Latvia. But the live internet broadcast on the website www.retv.lv will be available all over the world, also reaching those Latvians, who are currently abroad.

A truly special concert awaits us

In the concert, together with the Maestro, we will see musicians performing on the stage, with whom Raimonds Pauls has formed special musical friendships over several years. Along with the Maestro at the piano, singers Dināra Rudāne and Ance Krauze, the unexcelled Intars Busulis, the versatile Daumants Kalniņš, the world-famous tenor Aleksandrs Antoņenko, the vocal group “Framest” and the Latvian Radio Big Band will perform. Raimonds Pauls has staged various concert programmes and recorded albums with each of them. The concert will allow you to experience the most beautiful moments of their joint projects.

On this anniversary, compositions from various periods of R. Pauls creative work and concert programmes will be performed by outstanding Latvian singers.

We will hear popular Maestro songs with lyrics by Jānis Peters, which combine a romantic sense of the world, love towards the homeland and light nostalgia, as well as songs created with lyrics by Guntars Račs – wonderful lyrical pearls. The arrangements of Latvian folk songs will provide recharging energy, but the jazz mood and the unique piano play by Pauls will be revealed in fragments from the expressive suite “Black Colours” and the cycle “Impressions”. The anniversary concert will be complemented by emotionally capacious ballads with lyrics by Imants Ziedonis and Yevgeny Yevtushenko.

Let’s be together with the Maestro on his 85th anniversary

Maestro Raimonds Pauls will celebrate his 85th anniversary on 12 January. Thanks to the streaming technology at the disposal of “Telia Latvija”, any resident in Latvia can be together with the Maestro on this day, watching a special concert on the TV channel “ReTV” at 9:25 p.m.

More info about the concert programme is available on the website of Dzintari Concert Hall: www.dzintarukoncertzale.lv 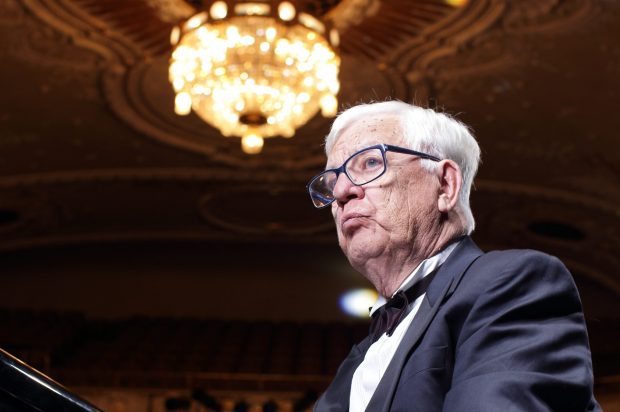